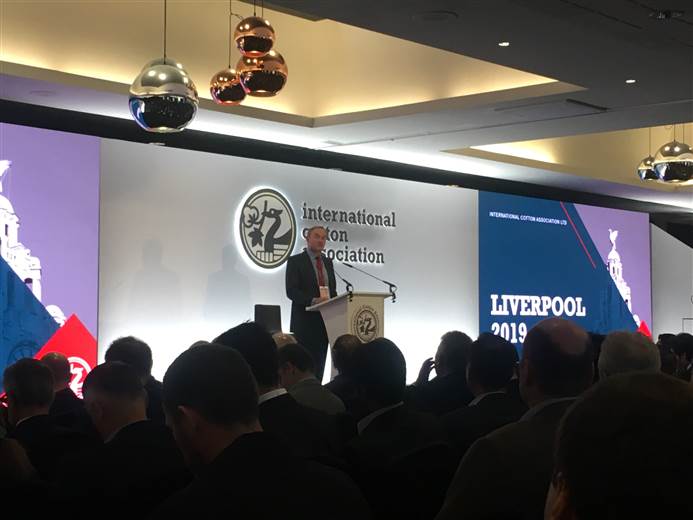 More than 500 members of the cotton trade from all over the world gathered in Liverpool to hear a market update from Joe Nicosia, global head of cotton for agricultural merchant Louis Dreyfus.

Mr Nicosia said while his corresponding speech in 2018 had been about the “golden age”, the cotton market in 2019 had slumped and had caught many off guard.

Reasons for the decline include falling consumption in China married with increasing production in the rest of the world, as well as the ongoing China-US trade dispute.

“Everyone thought China would continue to grow,” he said. “But have we been rearranging chairs on the Titanic?

He said there has also been a sharp rise in defaulted contracts between US cotton suppliers and their Chinese clients, and said the trade dispute was proving bad for both sides.

With other suppliers looking to bridge the gap, “the battle for export market share will be intense,” he added.

The International Cotton Association (ICA) used the UK-based event to launch a membership category for under 40s, ICAspire, which it hopes can “help develop the future of cotton”.

Ben Eaves, a broker at consultancy Earlam and Hursthouse, said: “People often talk about the future of cotton in the context of price or sustainability, but the future leaders and drivers of our industry supply chains are seldom a topic of conversation. The new ICAspire membership category will help change this by bringing those aspiring professionals to the forefront.”