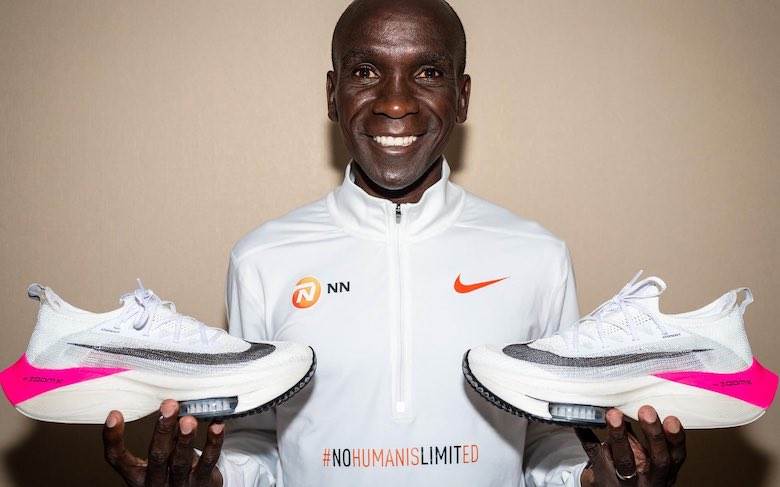 Kenyan athlete Eliud Kipchoge succeeded in breaking the two-hour barrier for a marathon in Vienna on October 12. He ran the distance of 26.2 miles (just over 42 kilometres) in one hour, 59 minutes and 40 seconds.

His existing world record, the two hours, one minute and 39 seconds he achieved in Berlin in 2018, still stands because the Vienna run was not in an open competition and involved 41 athletes running as pacemakers. Nevertheless, the Kenyan runner still said that the feat had made history.

After completing the run, he said: “In my heart and my mind I hoped to run under two hours and make history. I hoped to leave a positive message to the whole world that no human is limited.”

He broke two hours wearing what Nike has described as “a future edition” of its NEXT% marathon shoe. In terms of apparel, he wore the 2019 Nike Aeroswift Singlet, an athlete-exclusive version of the Nike Aeroswift Half Tight, the 2019 Nike Elite Racing Sock and the now-classic Eliud Kipchoge arm-warming sleeves.